Diaspora offers pathways that retrace of difference in the aftermath of colonialism and slavery, as well as
the effects of other forms of migration and displacement. It is time that Africans diaspora’s around the globe come
back home to trace their background and to be educated on how our ancestors were sold to slavery centuries ago
to the Americas and the Caribbeans.
August 2019 marks 400 years since the first shipment of thousands of African men and women who were abducted
hit the coast of Virginia USA. The aftermath was tragic. As Ghana commemorates, Olives Travel And Tour Ghana
Limited invites all African Americans and Africans in Diaspora to join Ghana during THE YEAR OF RETURN 2019
(PANAFEST) to triumph the great return of our ancestors to the land.

* A candle lights vigil and prayers at the Cape Castle

* A Colorful Grand Durbar of Kings and Queens

* Safari at the Mole National Park in Northern Ghana

Upon arrival at the Kotoka International Airport in Accra the capital city of Ghana. There will be met at the airport with traditional cultural performances by dance and musical display to welcome you Home from the Diaspora’s as you come back this time around by “Door of Return.
This performances and dance displays to signify how happy and grateful we are as people to witness your return for 400 years and over.
You are then transported in our air-conditioned vehicles to your hotels to relax for our Bonfire beach night and barbeques, drinks as well as performances of jazz and blues, highlife musicals by local artists. 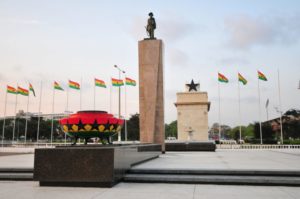 After waking up in the land of the ancestors, you take your breakfast. Accra, the capital of Ghana, is an interesting city that, although is quickly evolving, has kept its own identity, reflected in both modern and old areas where traditional activities continue to hold sway.

* A visit to a national park erected in memory of Osagyefo (the Messiah) Doctor Kwame Nkrumah, Ghana’s first president and one of its founding fathers. Built on a former British polo field, it was the point where Nkrumah
declared independence in 1957.

* A visit to William Edward Burghardt Du Bois was an African-American civil rights activist who became a citizen of Ghana in the 1960s. He was known as the ‘Father of Pan-Africanism’. The center, where he and his wife once lived, and where they are now buried, houses his personal library, a small museum with a handful of personal effects such as his graduation robes.

* Explore through the wonderful African open markets. The Makola market is one of the oldest open markets in West Africa. A walk down the market to feel the life in our markets.

We believe in showing you the nightlife of the City of Accra. Accra has one of the best nightlife experience on the continent. Let’s have fun!

* A visit to the +233 Jazz Bar & Grill(named after the Ghanaian dialing code) is an intelligently designed club that has live bands six days a week. The music varies between highlife, blues, jazz (although rarely hip hop) and anything else good. 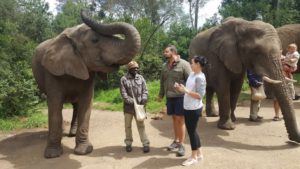 Depart to Ghana’s Largest National Park for the Safari

Depart from Accra to the domestic airport at Kotoka International Airport for your domestic flight to Tamale Airport. Upon you will be met and transferred to Zaina Lodge at the Mole National Park. At Zaina Lodge, a stunning location situated on the escarpment overlooking the watering holes with a pleasant pool. The lodge offers a great base to explore the park. Do the evening Safari.

* Learn about Shea Butter production at the Mognori village sitting right on the edge of Mole National Park (about 10km east of the park’s visitor center), the village of Mognori has become a flourishing ecotourism venture. Villagers here offer various activities: canoe safaris on the river, where you’ll see monkeys, birds, and crocodiles; village tours, on which you’ll learn about shea butter production and traditional medicine; and drumming and dancing performances. 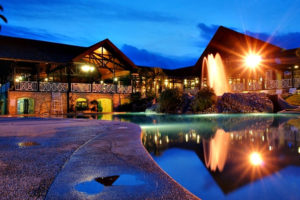 Zaina Lodge is situated right in the middle of the Mole park. The cry of the wild at night is amazing. Zaina Lodge offers so much enjoyment; for the eyes, the ears, and the belly. The
tented rooms are large, beautifully decorated, and comfortable. 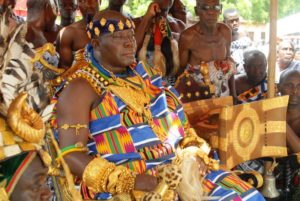 Upon arrival in Kumasi, the historical and spiritual capital of the old Ashanti Kingdom. The Ashanti people were one of the most powerful nations in Africa until the end of the XIX century when the British annexed Ashanti
Country to their Gold Coast colony. The tribute paid today to the Asantehene (=King) is the best evidence of their past splendor and strength. With nearly one million inhabitants, Kumasi is a sprawling city with a fantastic central market, one of the biggest in Africa. Every type of Ashanti craft (leather goods, pottery, Kente cloth) is found here,
along with just about every kind of tropical fruit and vegetable

* The next stop is the village of Ntonso where artisan’s hand-stamp patterns on cotton cloth to make Adinkra textiles. Black-on-black and black-on-red Adinkra cloth are worn for funerals and other solemn occasions; learn how the black dye is made in the village from the bark of trees and creates your own Adinkra sash to take home. 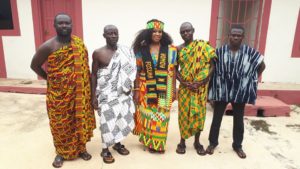 Since it is Homecoming we have to arrange a naming ceremony at the Ashanti Kingdom Palace for you all to be initiated into the Kingdom by which Royal elders and Chiefs will perform a naming the naming ceremonies for you. That is local Ashanti names will be given as we all certificates of proves will also be presented to you all. 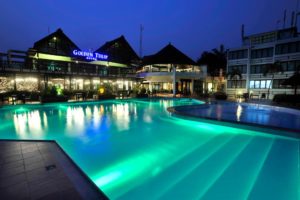 Welcome to the Golden Tulip Kumasi City! This remarkable hotel, the Golden Tulip Kumasi City is a first class African style business hotel set in extensive tropical gardens in the central business district of the Ashanti regional capital in Kumasi. This elegant hotel has 160 luxuriously furnished air-conditioned rooms with a variety of lodging accommodation like apartments, suites, executive, deluxe, superior and standard rooms. Our restaurant also offers a la carte style menu and buffets with international standards and local flavor. The hotel is equipped with facilities such as a forex bureau, lounge bar, Drive VIP bar,
swimming pool, tennis courts, a shop, and a casino. 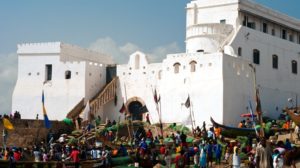 In the morning, a visit to the Elmina Castle, the oldest European building in Africa, erected by the Portuguese in the XV century. At different times the castle has been used as a warehouse to trade gold, ivory and, eventually, slaves. The castle we visit today is the result of successive extension works and is recognized as a UNESCO World
Heritage site. Outside the castle, a wonderful fishing village with lots of large colorful fishing boats – every day these canoes are guided by skilled fishermen across strong ocean waves and currents, “fighting” to earn a living.
The alleys in the old town have a lively atmosphere, going back to a time when Elmina was a wild colonial town.

* A visit to the Kakum National Park, Ghana’s most famous parks. Take a brief walking tour on the forest floor where you will learn how our ancestors lived in the forest.
Proceed to the canopy walk. Kakum is home to Africa’s only aerial walkway through the tree canopy, a 1000 foot long and seven-bridge walkway with viewing platforms that reach heights of over 150 feet above the ground.

* A visit to the Assin Manso slave river to witness where our ancestors were been walked down up from the North and get to the Assin river they are then forced to stop and wash them for, mark them for buyers.

* If we are lucky we witness the Emancipation at the Slave market. 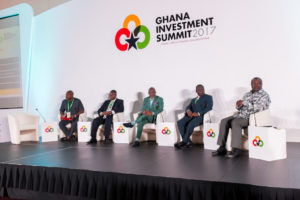 * Since it is a Homecoming we have put together a business summit where the Ghana Investment Promotion Council (GIPC) will introduce to you the various sectors of the Ghana Economy one can venture in as you come Home. It is to reconnect you back Home.

* We also have a Time with Real Estate Developers since most of our Brother’s and Sister’s in Diaspora have been battling as in how to relocate back to home make a life. We have taken this task in order for specialists in the Real Estate Industry to lecture us on how one can acquire for a house or a land title of their choice here in Ghana without going through the hard way.

* Visit some Homes belonging to these Estate agencies to see their types of homes available.

* Also visit the largest Banana plantation for export in Ghana around the Shai Hill areas to explore the farm and the factory. If you are interested you can consider such investment in the Motherland.

* One of the things on this itinerary is to create an avenue for you to experience and to also reconnect you to the Motherland. Officers from the Ministry of Foreign and Affairs and also from the Ghana Immigration will be present to teach us the process of acquiring citizenship in Ghana and what the Law requires of such person.

* Most of our Brothers and Sisters we have had contact with all about how can they relocate and how can they also acquire a Dual Citizenship here in Ghana and with this trip one is introduced to it all. Take a Chance today.

A free day for fun as you rest for today. A time to soak yourself in the waters. Enjoy the breathtaking beach of Africa.
And evening you to the airport for departure.