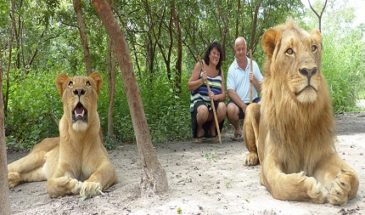 The Gambia is a small West African country, bounded by Senegal, with a narrow Atlantic coastline. It’s known for its diverse ecosystems around…

You are met on arrival at the Airport in Dakar the capital city of Senegal and transferred to your Hotel.

Gorée is a tiny, car-free island off the coast of Dakar, in Senegal. It’s known for its role in the 15th- to 19th-century Atlantic slave trade. On the narrow streets, colonial buildings include the House of Slaves, now a museum. The 19th-century Fort d’Estrées houses the IFAN Historical Museum, with exhibits on Senegal’s past. The Henriette Bathily Women’s Museum considers the role of women in West African society.
Despite the controversy, the Maison des Esclaves is a central part of the Gorée Island UNESCO World Heritage site, named in 1978, and a major draw for foreign tourists to Senegal.

Before leaving Dakar we will stop at the Lac Rose. Lac Rose is the home for the pink lake where mining of salt in commercial quantity. After we will go toward Saint Louis the former and colonial capital of Senegal. We will spend the rest of the day by exploring the colonial streets of Saint Louis on Horse-Drawn Buggy and the fishermen neighborhood.
At the sea, a wonderful fishing village with lots of large colorful fishing boats – every day these canoes are guided by skilled fishermen across strong ocean waves and currents, “fighting” to earn a living.

We depart Saint Louis to the desert by a boat ride through the Senegal river at the National park of Djoudj. Have a Lunch in Saint Louis before we continue our journey the desert of Lompoul for the Camel ride. The Lompoul desert (sometimes spelled Lumpoul; in French: désert de Lompoul) is a small dessert (about 18 km2)
located 145 km south of Saint-Louis, Senegal. It is characterized by orange sand dunes forming a landscape that is more akin to those of the Sahara and Mauritania than those of the surrounding area of Senegal (the Grande-
Côte), and is a popular tourist attraction of Senegal. The desert is named after the closest settlement.

Overnight at the Desert Under Nomadic Tents
Spend an amazing night at this tented camp in the desert!

THE GAMBIA | THE HOLY CITY OF TOUBA | BANJUL GAMBIA

We depart to Banjul the Gambia with a stop at the Holy City of Touba to explore the biggest Mosque in West Africa. On our way we also stop for lunch. After that we depart to the boarder Karang-Amdalahi the border town. After immigration formalities we then cross the border to Bara ferry terminal where we will take the ferry to Banjul the capital of Gambia. Upon our arrival to Banjul, we will explore!.

Abuko National Park is a nature reserve in the Gambia lying south of the town of Abuko. It is a popular tourist attraction and was the country's first designated wildlife reserve. The area was first accorded some measure of protection in 1916
when the Lamin Stream, which flows through the reserve, was fenced to form a water collection point. The enclosure of the stream saw an increase in the stock of wildlife and flora in the forest. There are three primate species: vervet monkeys, red colobus monkeys, and patas monkeys. Other mammals include antelope, squirrel, porcupine, African palm
civets, mongooses, galagos, and several types of rodents, including cane rats. Among the reptiles at the park are monitor lizard, Nile crocodile, dwarf crocodile, spitting cobra, black cobra, python, puff adder, and green mamba. More than 270
bird species have been recorded in the forest. There are also numerous butterflies and moths.
The Kachikally crocodile pool is also located in the heart of Bakau, the Gambia, about 10 miles (16 km) from the capital Banjul. It is one of three sacred crocodile pools used as sites for fertility rituals. The others are Folonko in Kombo South and Berending on the north bank.

A free day for fun as you rest for today. A time to soak yourself in the waters. Enjoy the breathtaking beach of Africa. Experience!

We depart back to Dakar Senegal.

On the last day if there is still much time we will explore the Saloum Delta or Sine-Saloum Delta is a river delta in Senegal at the mouth of the Saloum River where it flows into the North Atlantic Ocean. The delta covers 180,000
hectares. It extends 72.5 kilometers along the coastline and 35 kilometers inland.
In 2011, a 145,811-hectare portion of the delta was designated a UNESCO World Heritage site. The site contains "brackish channels encompassing over 200 islands and islets, mangrove forest, an Atlantic marine environment,
and dry forest. Saloum Delta National Park covers 76,000 hectares of the delta.
The bird species that breed or winter in the area includes royal tern, greater flamingo, Eurasian spoonbill, curlew sandpiper, ruddy turnstone, and little stint. Aside from being a valued breeding ground for birds, the delta contains
218 shellfish mounds and artifacts unearthed at some 28 of the burial grounds have provided an important insight into the history of human occupation in the area. Later the same day we transfer you to the airport for departure.