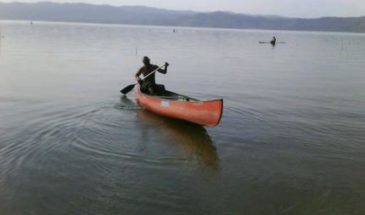 You are met on arrival at the Kotoka International Airport in Accra the capital city of Ghana and transferred to your hotel.

Accra, the capital of Ghana, is an interesting city that, although is quickly evolving, has kept its own identity, reflected in both modern and old areas where traditional activities continue to hold sway.

We visit the area of the coffin makers, with their elaborately shaped coffins representing fruits, animals, fish, cars, airplanes…. and the only limit is the intended occupant’s imagination. Originally coming from Africa, these flamboyant coffin designs are part of collections all over the world and exhibited in museums.

A visit to a national park erected in memory of Osagyefo (the Messiah) Doctor Kwame Nkrumah, Ghana’s first president and one of its founding fathers. Built on a former British polo field, it was the point where Nkrumah declared independence in 1957. The park consists of five acres of land and holds a museum tracing Nkrumah’s life. There are many personal items on display, but the centerpiece is the mausoleum, Nkrumah and his wife’s final resting place.

A visit to William Edward Burghardt Du Bois was an African-American civil rights activist who became a citizen of Ghana in the 1960s. He was known as the ‘Father of Pan-Africanism’. The center, where he and his wife once lived, and where they are now buried, houses his personal library, a small museum with a handful of personal effects such as his graduation robes. The couple’s mausoleum is surrounded by Asante stools, a seminar room, a restaurant, a gallery, an amphitheater and a research center for Pan-African history and culture.

We visit the Skybar 25. The Skybar 25 is Accra’s premier rooftop venue. Offering breathtaking views of the city from the tallest building in West Africa, we bring you an entertainment experience like no other.

A visit to the +233 Jazz Bar & Grill(named after the Ghanaian dialing code) is an intelligently designed club that has live bands six days a week. The music varies between highlife, blues, jazz (although rare hip-hop) and anything else good.

In the morning, a visit to the Elmina Castle, the oldest European building in Africa, erected by the Portuguese in the XV century. At different times the castle has been used as a warehouse to trade gold, ivory and, eventually, slaves. The castle we visit today is the result of successive extension works and is recognized as a UNESCO World Heritage site. Outside the castle, a wonderful fishing village with lots of large colorful fishing boats – every day these canoes are guided by skilled fishermen across strong ocean waves and currents, “fighting” to earn a living.

The alleys in the old town have a lively atmosphere, going back to a time when Elmina was a wild colonial town.

A visit to the Kakum National Park, Ghana’s most famous parks. Take a brief walking tour on the forest floor where you will learn how our ancestors lived in the forest. See birds, butterflies, and perhaps catch a glimpse of the forests over 40 species of mammals including monkeys and the reclusive forest elephant. Proceed to the canopy walk. Kakum is home to Africa’s only aerial walkway through the tree canopy, a 1000 foot long and seven-bridge walkway with viewing platforms that reach heights of over 150 feet above the ground.

The first site to visit is the Afadja mountain popularly called Afadjato. Towering at 885meters, this is the highest mountain in Ghana. In an adventure fashion, climb to the top to conquer this imposing height. For the lover of adventure, this comes in with great fun with a reward of a beautiful scene from the top seeing as far as your eyes can see.
Continue to the Wli falls which just under a few minutes away. Hike to the base of the Wli waterfalls crossing 9 bridges on this 45mins walk. You will be rewarded when you get the falls with an opportunity to soak yourself in its cascading water.

End the day at the Tafi-Atome Monkey village. For this community the monkeys are sacred creatures. They have protected them and their habitats for over 200 years. Play with these friendly monkeys on this adventure. You will arrive in Accra early evening.

Depart from Accra to the domestic airport at Kotoka International Airport for your domestic flight to Tamale Airport. Upon arrival you will be met and transferred to Zaina Lodge at the Mole National Park. At Zaina Lodge, a stunning location situated on the escarpment overlooking the watering holes with a pleasant pool. The lodge offers a great base to explore the park. Do the evening Safari.

After a restful night, you will wake up in the African jungle for your morning foot safari, accompanied by your guide in the park with the possibility of viewing many different animals. After the morning foot safari you return back to base. You will depart 15kms on a dirt road from Zaina Lodge to Mognori Eco Village. In the late afternoon accompanied by your guide you will take your last game drive.

Sitting right on the edge of Mole National Park (about 10km east of the park's visitor center), the village of Mognori has become a flourishing ecotourism venture. Villagers here offer various activities: canoe safaris on the river, where you'll see monkeys, birds, and crocodiles; village tours, on which you'll learn about shea butter production and traditional medicine; and drumming and dancing performances.

Upon arrival in Kumasi, the historical and spiritual capital of the old Ashanti Kingdom. The Ashanti people were one of the most powerful nations in Africa until the end of the XIX century, when the British annexed Ashanti Country to their Gold Coast colony. The tribute paid today to the Asantehene (=King) is the best evidence of their past splendour and strength. With nearly one million inhabitants, Kumasi is a sprawling city with a fantastic central market, one of the biggest in Africa. Every type of Ashanti craft (leather goods, pottery, Kente cloth) is found here, along with just about every kind of tropical fruit and vegetable.

Eco-friendly horse-back riding and Kayak experience at the Green Ranch is a wonderful and amazing adventure at Lake Bosomtwe.The Green Ranch provide an experience like none other in Ghana or even West Africa for that matter, specializing in providing horseback riding expeditions in the lush area around this unique meteorite lake. The Ashanti consider Bosomtwe a sacred lake, according to traditional belief, the souls of the dead come here to bid farewell to the god Asase Ya. There are twenty-two (22) villages surrounding the lake and at Green Ranch you will have you the opportunity of riding horse across all the twenty-two villages and if not possible you choose from a want. Is a huge and wonderful experience as you ride horse around twenty-two villages. You can't afford to miss this. Take a chance.

On the last day, we drive back to Accra lodge in a hotel and rest for a while before you would be transported to the airport for departure.